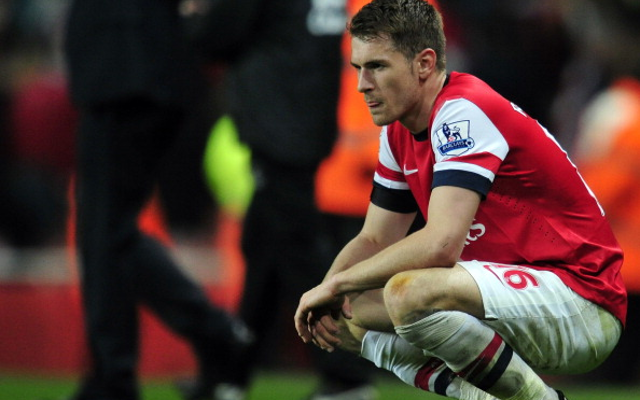 The Welshman left Cardiff for the Gunners in 2008 as a promising youngster, but has not quite managed to live up to his potential at the Emirates Stadium, and Arsene Wenger could be tempted to sell the 22-year-old back to his former employers this summer.

Ramsey has not been a regular in the Arsenal lineup over the last couple of seasons, and has not looked the same player since a career-threatening broken leg suffered at the hands of Stoke City’s Ryan Shawcross in 2010. As part of his rehabilitation, Ramsey returned to Cardiff for a spell on loan, and is still highly thought of by fans of the club.

Although the midfielder only signed a new five-year contract extension earlier this season, Wenger is said to be on the lookout for new midfielders in this summer’s transfer market, which could come at the expense of Ramsey’s place in the team.