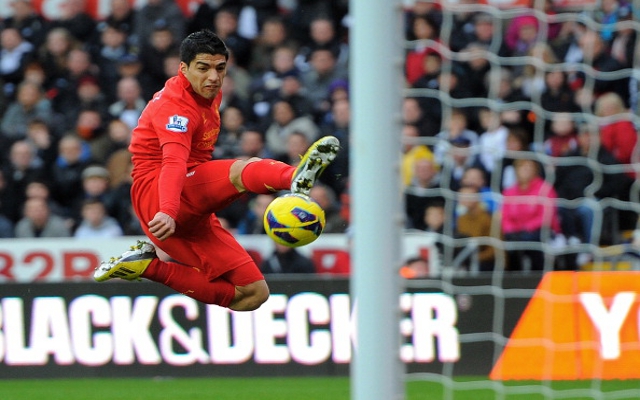 Liverpool were almost undone by former boss Rafa Benitez as Chelsea drew in the Premier League at Anfield.

The first came from a corner, with Oscar glancing in a tremendous header as the Reds’ marking proved inadequate.

Brendan Rodgers’ introduction of Daniel Sturridge at half time almost paid immediate dividends, with his run down the right and pass putting Steven Gerrard through on goal, but the Anfield skipper saw his effort saved by Cech.

Moments later though, a flowing move between Stewart Downing and Luis Suarez saw Sturridge volley home, but equilibrium was not to last.

Suarez when through all the greatest hits in his back catalogue in this match.

First, his handball conceding a penalty that Eden Hazard converted, then he sunk his teeth into Branislav Ivanovic, and finally terrorised the Blues’ defence with incisive running and passing throughout.

He then scored a header after 96 minutes and 34 seconds as Liverpool salvaged a crucial point, showing why he is one of the most dangerous players in the league at the death.