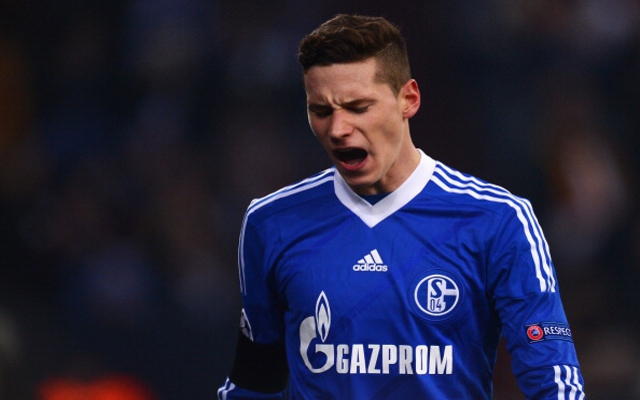 The North London side will look to conduct a summer shake-up and Wenger will be handed a £70m transfer war-chest to help improve his Arsenal squad though targets on his wish-list will of course be dictated to some extent by whether the Emirates Stadium club manages to secure a Champions League berth for next term.

Wenger wants to bring in 19 year old Schalke starlet Draxler but will have to fork out around £15m to do so and will have to fight off advances by a host of other clubs keen on snapping up the German international wonderkid.

The young rangy midfielder has had an excellent season this term, netting 11 goals in all competitions and in the course of the campaign becoming the youngster Schalke player to reach 100 appearances in the German top tier. Draxler is now also a regular in Joachim Low’s national team set-up and is a player with a great deal of potential, potential which Wenger is keen to tap.

Arsenal have shopped in the Bundesliga extensively in recent seasons, bringing in top young talents that are working their way through their youth and reserve sides such as Serge Gnabry and Thomas Eisfeld as well as established stars Lukas Podolski and Per Mertesacker.