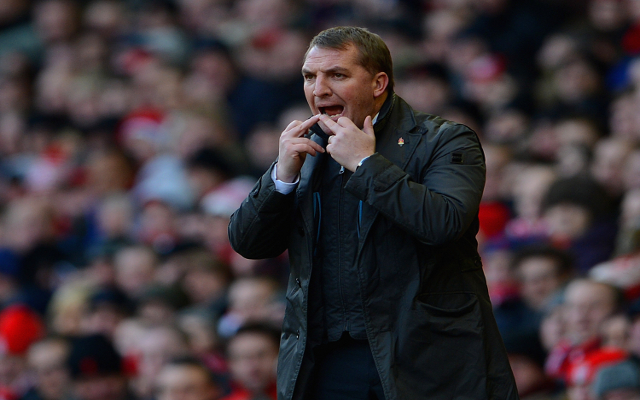 Liverpool boss Brendan Rodgers has revealed he believes the club can fire their way to success by emulating the transfer model of German side Borussia Dortmund according to The Express.

The Anfield boss believes that the club can re-establish themselves amongst the European elite despite operating on a small budget just like the Bundesliga side have.

Rodgers has stated that he expects to be active during the summer transfer window and is looking to bring in at least four players to the club.

Liverpool are known to be in the market for a defender this summer as they look to prepare for life without the ageing Jamie Carragher. Martin Skrtel’s future at Anfield is also uncertain meaning Rodgers is almost certain to bring in defensive reinforcements over the coming months.

The club have been linked with the likes of Swansea’s Ashley Williams and Brazilian defender Dede in recent weeks but Rodgers knows he may be restricted in his options by the club’s finances.

The Liverpool hierarchy have informed Rodgers that he will have just £20 million to spend on new players this summer.

But Rodgers has stated that he does not believe you need to spend big money to do well in the Premier League and Champions League.

‘You can challenge [for the top four] without spending £80m in one summer,’ said Rodgers.

‘Look at the example of Borussia Dortmund. A team that won the Champions League and then struggled financially.

‘They went out and rebuilt and it took them four to five years to push on.

‘Then they won the league and their European work suffered. This year you can see they have put their focus on Europe and they have lost their title. That’s a team that has been growing over five years.

‘Unless you have got the Manchester City or Chelsea money and just bring in £70m-£80m worth in one summer to add to a Champions League-winning group, you need a different way.’