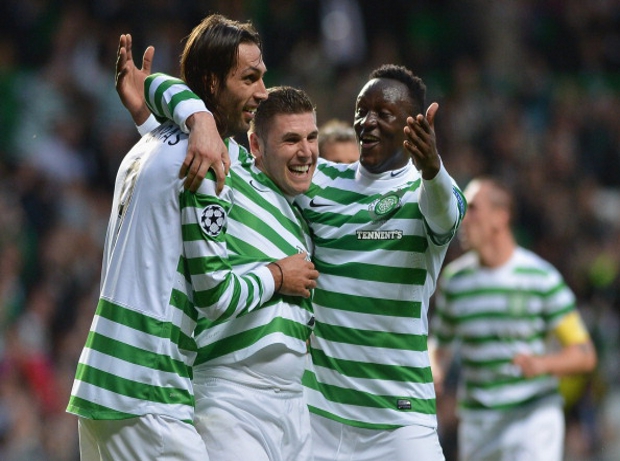 Check in to Motherwell vs Celtic

The Bhoys secured their latest SPL title with a 4-1 win over Inverness this weekend and Lennon has claimed to have asked the board to do all they can to keep hold of the former Scunthorpe man in the face of increased interest from the Premier League.

Hooper has managed to bag 28 goals in 47 games for Celtic this season who have romped to the SPL title virtually unchallenged thanks to Rangers’ demotion to the Third Division. However, they have enjoyed arguably their best foray into the Champions League, managing to make it out of the group stage for the first time before crashing out at the hands of Juventus.

The 25-year-old striker was asked on live television whether he’d still be at Parkhead next season, to which he replied “We’ll see,” but the manager has a feeling that he will be staying put.

“I have made my submissions to the board regarding Gary. I haven’t really spoken to his agent lately at length but I would like to keep Gary here because he is such an important player,” Lennon said, “Goalscorers are at a premium, he is only 24 and has got 28 goals this season, 18 in the league. He is two short of having 20-plus goals in the league for the third consecutive season which shows what an important, pivotal player he has been.”

Hooper had been the subject of an £8 million bid from Norwich City in January whilst Aston Villa are also rumoured to be monitoring his situation.