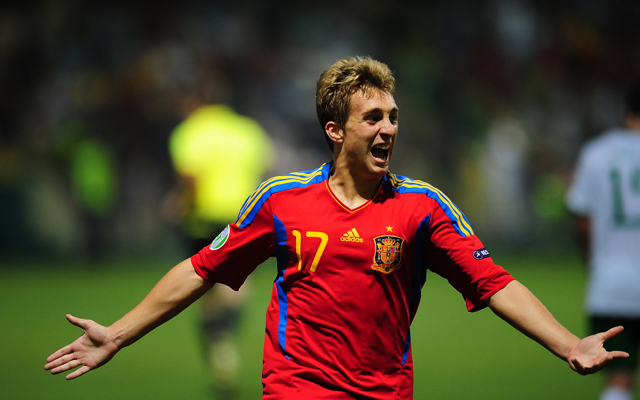 Gerard Deulofeu to stick with Barcelona.

The 19-year-old has been at the club for ten years but is still on a youth contract at the club that is set to expire in less than 18 months.

Contract talks to keep him at the Nou Camp had stalled and City were due to pounce with an £8 million bid to bring him to The Etihad. His availability had been recommended to City by Txiki Begiristain, a former director of football at Barca, who joined City last year, after he pointed out that the youngster had a release clause installed in his current deal.

City had promised to double his wages but a move may be out of the question now as the player’s agent, Gines Carvajal, claimed that Barcelona were keen to tie him down and ward of any potential suitors.

“I don’t think there will be any problem sorting out a renewal here [at Barcelona] when the club wants to talk about it again,” he said.

Deulofeu has been a regular for Barcelona’s B team but has seen some first team action this year, making four appearances so far this season.