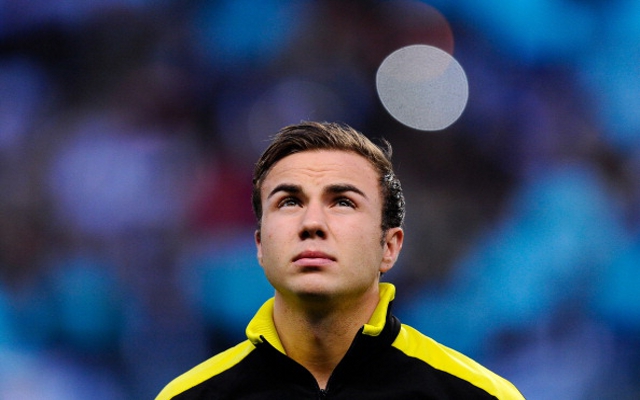 The 20 year old German international is considered by many as one of the hottest prospects in European football and a number of Europe’s ‘Elite’ were said to be courting the goal-scoring playmaker but it appears that the Borussia Dortmund man will complete a switch to newly crowned Bundesliga champions Bayern Munich.

Gotze is a crucial member of Jurgen Klopp’s Dortmund squad, helping the club to back to back Bundesliga titles and a player who has become a fixture in Joachim Low’s national team set-up.

Though Dortmund lost their domestic title Gotze has proven a very effective performer this term, netting 16 goals and providing 12 assists in all competitions and helping his Westfalenstadion side to the semi-finals of the Champions League.

The fee agreed is enough to trigger Gotze’s release clause and the youngster will reportedly receive a salary of £6m a year and would become the first signing of Pep Guardiola’s reign at the Bavarian club with the former Barcelona boss set to take over from Jupp Heynckes at the end of the current campaign.