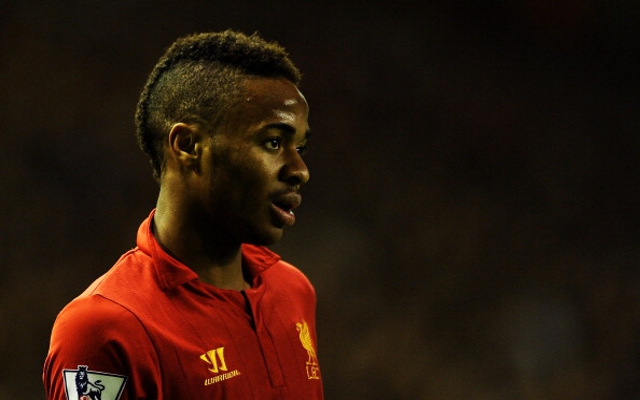 England starlet reveals his shock at his breakthrough season.

Liverpool’s Raheem Sterling has expressed his shock at how quickly he has come through the ranks this season according to Goal.com.

The youngster has enjoyed a meteoric rise during the current campaign which has seen him enjoy an extended spell in the Liverpool starting eleven as well as make his first appearance for Roy Hodgson’s England side.

His progress has been curtailed somewhat in recent weeks as he has struggled with a hamstring injury but Sterling looks certain to be one of the front runners for the PFA Young Player of the Year award.

Sterling made his debut for the Anfield club at just 17 years, eight months, and eight days of age but he did not let that stop him from terrorising experienced Argentine full back Pablo Zabaleta with his pace and trickery.

‘It was probably my best performance,’ said Sterling.

‘Purely because it was my first game, with so much pressure and against last season’s champions. I was proud of myself afterwards.

‘Before the game, [Steven] Gerrard told me it was just an older version of the under-18s. He said not to worry about it and just to go out there and give my best, so that’s what I did.’

The player was linked with the likes of Manchester City and Arsenal earlier in the season before going on to commit his future to Liverpool by signing a new five year deal at the club.

Anfield boss Brendan Rodgers has since given Sterling an extended break from the first team as he looks to ensure the player does not play too much too soon but the youngster seems certain to make an impact on the Premier League over the coming seasons.