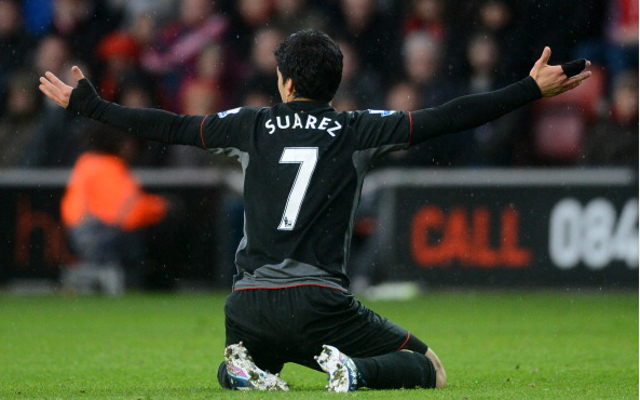 Anfield side have no intention of offloading forward despite likely lengthy suspension.

The Daily Star claim that the FA may end up handing the 26 year old forward a ban in excess of the eight match punishment Suarez was hit with following racially abusing Patrice Evra in 2011.

Quite why a ban for biting an opponent would be longer than an act of racism is not explained by this source but it is perhaps a distinct possibility that yet another unsavoury incident involving the in-form striker could lead the Football Association feeling they need to make an example of the Liverpool star.

Despite this this latest incident Liverpool will apparently resist any offers for Suarez, which is perhaps not surprising given just how effective he has been for Brendan Rodgers’ side this term.

For all the bad publicity Suarez attracts there is no doubting his ability to lead the Liverpool line and one wonders just where the Merseyside club would be in the Premier League standings without the former Ajax man.

Suarez has scored 23 Premier League goals this term, a massive tally given Liverpool sit in seventh spot, and is by some distance Rodgers’ most effective attacking option.