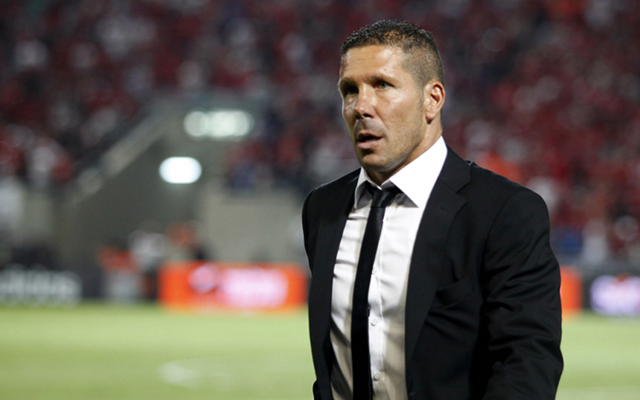 Manchester City have added two new names to their shortlist to replace Roberto Mancini at the end of the season, the Daily Star reports.

City have endured a rather impotent challenge to defend their title this season and their second foray into the Champions League was nothing short of disappointing, meaning that the writing is most likely on the wall regarding the former Inter man’s future.

Simeone, 42, who famously tripped over David Beckham’s trailing leg at France ’98 has spent the majority of his managerial career in his native Argentina but he joined Atletico in 2011 establishing them as a force in La Liga once again.

He also won the Europa League last season as well as toppling Chelsea to win the UEFA Super Cup earlier in this campaign.

Ancelotti is already well known on these shores after spending two years at Chelsea between 2009-11. The 53-year-old Italian enjoyed a relatively successful time at Stamford Bridge, winning the Premier League, an FA Cup and a Charity Shield. He was cruelly sacked from his post in West London for missing out on another title to Manchester United after spending £50 million on Fernando Torres.

The ex-Milan man looks set to add the Ligue 1 title to his collection this season but there is still speculation over his future as the Parisian club have looked shaky at times this campaign.