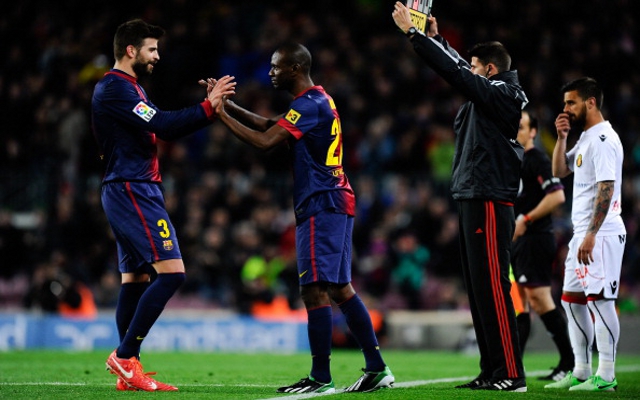 Ligue 1 club looking to bring left back to the French capital.

Paris St Germain are looking into the possibility of signing Barcelona full back Eric Abidal according to Tutto Mercato Web.

Abidal has endured a difficult period over the last few years as he has fought back from cancer treatment which required him to have a liver transplant.

The player has now made a full recovery and recently returned to first team action for Barcelona.

Abidal’s contract is set to expire in the coming months and there have been suggestions that Abidal could be tempted by a return to his native country.

Barcelona are thought to be willing to keep Abidal amongst their ranks but the player knows he is unlikely to recover his first choice position at left back.

That could pave the way for a move to the French capital with the Qatari backed PSG keen to offer Abidal a new home.

The Ligue 1 leaders are keen to establish themselves amongst the dominant forces in European football and are attracted by Abidal’s wealth of experience in the Champions League.

The club reached the quarter final stages of this season’s competition before being knocked out by Abidal’s current employers, and PSG are keen to improve on the performance next season.