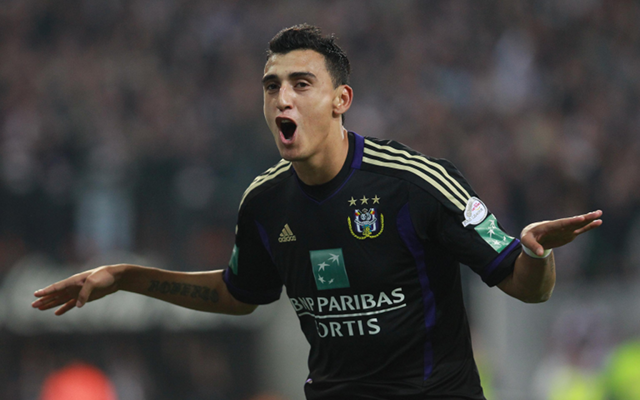 Another Belgian import set for the Premier League?

West Bromwich Albion are said to be tracking Anderlecht striker, Matias Suarez, according to the Express & Star.

Baggies boss, Steve Clarke, is already drawing up a list of names to replace Romelu Lukaku who is set to rejoin Chelsea at the end of the season. The Belgian hitman has been in startling form and has been one of the major reasons for Albion attaining their best ever Premier League finish.

However, with the 19-year-old outgoing and leaving some big shoes to fill, Clarke believes he has found the ideal replacement in Lukaku’s former Anderlecht teammate, Matias Suarez.

The Argentine striker has been in electric form himself this term, scoring 20 goals in 45 games as well as contributing 19 assists.

The 24-year-old had signed for CSKA Moscow last summer after winning the Jupiler League and claiming the player of the year award. A fee had been agreed as well as personal terms, but the move fell through as Suarez failed the medical.

Primarily a second striker, Suarez is comfortable anywhere across the forward line and as the records show he can score and contribute heavily in equal measure.

Currently valued at £7 million, it is thought that he may be available for a cut price fee this summer and would jump at the chance to test himself in the Premier League.