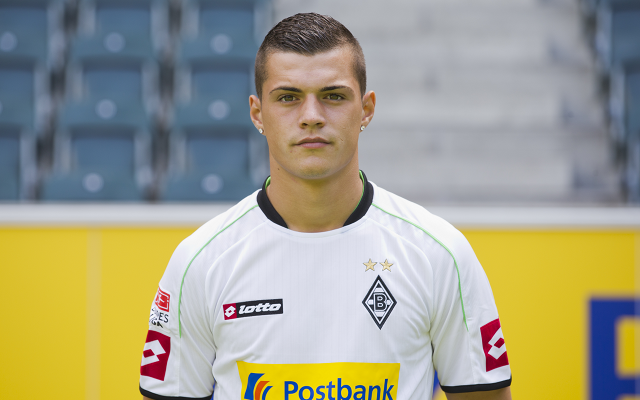 Borussia Monchengladbach midfielder Granit Xhaka has rubbished reports that he is set for a summer switch to West Ham by claiming that he is happy to stay in Germany, according to talkSPORT.

The 20-year-old joined Borussia from Swiss side FC Basel last summer but has so far managed to rack up only 11 appearances in the Bundesliga this season.

However, despite his limited playing time, he insists that he’s happy to stay with the German side and bide his time as he learns the game: “There are rumours, this is true, but now is not the time to talk about it. I want to collect trophies with Borussia,” he said, “It’s true, I’ve had little game time, but I’m happy in this environment. Borussia Monchengladbach is where I like to be.”

The Kosovan born Swiss international had been chased by the likes of Arsenal and Manchester United before joining up with Borussia, but West Ham and Italian giants Lazio had said to be preparing bids to lure him away.

Xhaha made his international debut for Switzerland during a 2-2 draw against England at Wembley in 2011 and he has since gone on to collect 17 caps.

Despite not featuring as much as he’d like this season, there is no doubt that he has the ability to become an outstanding footballing talent.