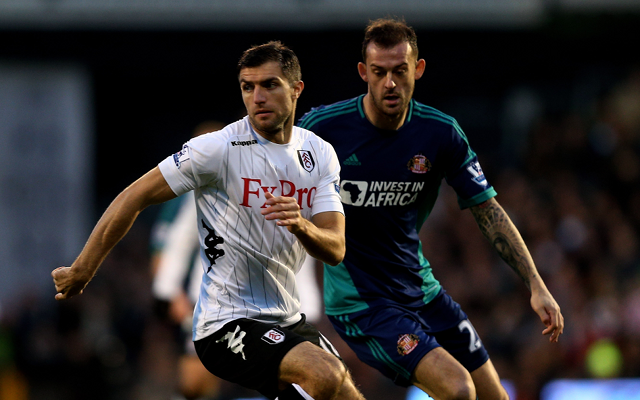 Veteran defender moving out of the Cottage.

Fulham defender Aaron Hughes looks set to move on this summer after falling out of favour at Craven Cottage, The Express reports.

The 33-year-old has slipped down in the pecking order this term, losing his place to ex-Arsenal man Philippe Senderos. However, White’s boss Martin Jol retains faint hopes that the experienced Northern Irishman will stay.

“It depends on the player as well. I’ve got one or two players who tell me almost every week that they need to play,” he said, “If they need to play and you’re not playing here then you probably think about going to another club.

“But that is something for the end of the season – and I don’t think Aaron will be one of them, but you can never say never.”

Hughes, who joined Fulham from Aston Villa in 2007 has been one of the club’s most solid performers. He has managed 27 appearances so far this season but has not seen a minute of action since January.

Having signed a contract extension in September of last year to keep him in West London until 2014, he may be revising those terms come the end of the season if he cannot break back into Martin Jol’s plans.

The Norther Irish international has made a total of 231 appearances for Fulham in his six years at the club.