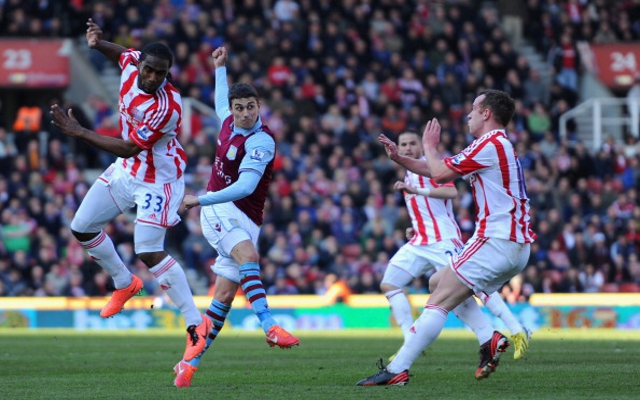 The 23 year old’s form this term is perhaps one of the few bright spots of an otherwise disastrous season at Villa Park, others perhaps being the form shown by attackers Christian Benteke and Andreas Weimann, and a number of Premier League sides are said to be keen on the former Sheffield United defender.

Arsene Wenger is apparently readying a move for Lowton as a potential replacement for French international Bacary Sagna, who has become a firm target for Ligue 1 big spenders PSG.

Lowton has impressed since his £3m summer move to the top tier and has played every single minute of all 34 of Aston Villa’s Premier League fixtures thus far this season.

However it would perhaps be something of a surprise if Wenger elected to bid for Lowton given he appears to have a ready made replacement for Sagna in the form of England international Carl Jenkinson, who has proven himself capable of replacing the experienced defender when called upon over the past 18 months.