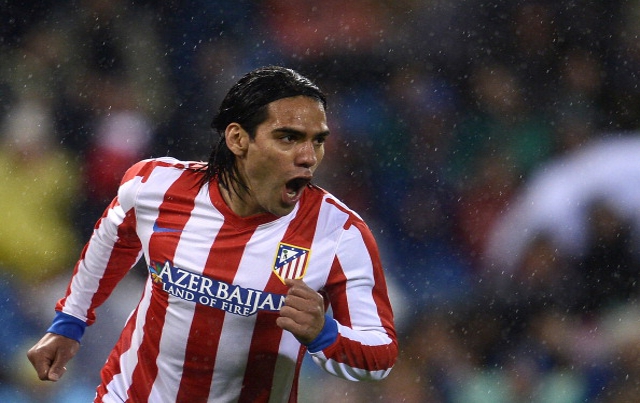 Stamford Bridge side feel they have Colombian in the bag.

Chelsea reportedly believe they have won the race to snap up Atletico Madrid striker Radamel Falcao according to the Daily Mail.

The West London side have been in ongoing talks with both the Colombian international’s representatives as well as his Vicente Calderon employers and Blues owner Roman Abramovich is confident he has got his man.

Abramovich has approved a wage offer of £200k a week and is ready to meet Atletico’s £46m asking price and it seems only a matter of time before a deal can be completed, though there may be a late challenge from other interested parties.

Chelsea keeper Thibaut Courtois may also be used as a makeweight in any deal with the Belgian keeper enjoying his second season long loan spell at the La Liga club and seemingly not likely to unseat Petr Cech as the Blues number one custodian.

Falcao has been a huge success since his move from FC Porto to Atletico Madrid, netting 36 goals in his first season with Los Rojiblancos and the 27 year old has already managed 31 in 35 appearances in all competitions this term.

Such a move could well spell the end of Fernando Torres’s misfiring spell at Chelsea and could well leave youngster Romelu Lukaku, currently on loan at West Brom, wondering whether he has a future at the club.