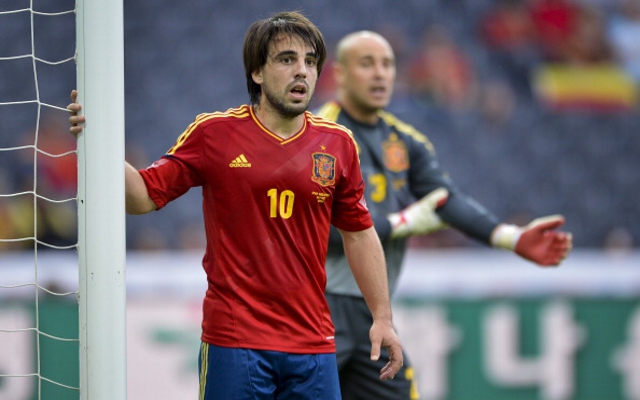 Check in to Real Betis vs Deportivo La Coruna

A whole host of Premier League clubs have been tracking Real Betis midfielder Benat Etxebarria this season, though they are now joined by some heavily interested clubs from mainland Europe, talkSPORT reports.

Arsenal and Tottenham had thought to be the front runners to land his signature ahead of the likes of Liverpool and Manchester City.

But now they are joined by German club Wolfsburg who are seeking a replacement for their exiting playmaker, Diego. Russian side Spartak Moscow are also said to be monitoring the 26-year-old’s situation.

Benat has rose to prominence this season as Betis remain in the hunt to secure Europa League football next season.

The creative midfielder has scored four times and created seven in 34 appearances this season and last year he managed to break into the Spanish national side, for whom he has been capped four times. In November he scored the only goal in a victory over Real Madrid  with a wonderful strike from outside the area.

Betis are said to not be interested in selling, but his contract expires next year and he has made no noises about signing a new one.

A move away looks increasingly likely, though it may not be to the Premier League anymore as was once previously believed.