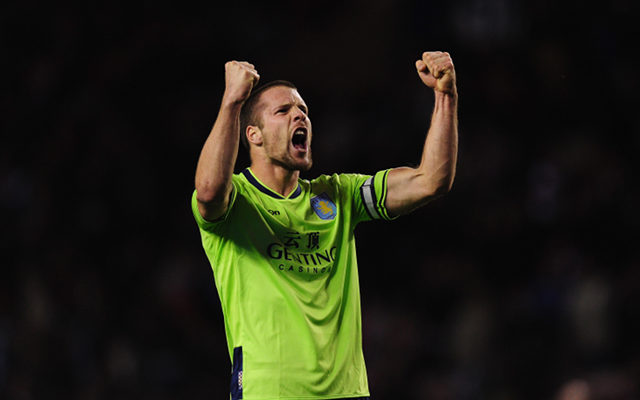 Aston Villa defender Ron Vlaar has warned his teammates to watch the goal difference as the club heading into their final four games, The Mirror reports.

The Midlands side have conceded 63 goals in the league so far this term and the Dutch international is wary of the club’s survival coming down to a matter of goal difference.

With QPR and Reading virtually down already, there is one more place in the drop zone that Villa are fighting to stay away from. Going into their final run in they currently sit in 17th, one place and three points above Wigan.

And the 27-year-old feels optimistic despite taking a 3-0 beating at the hands of Manchester United last Monday, claiming that the club have come a long way since the 8-0 hammering they took at chelsea in December.

“It’s a positive thing. We all know what happened there (at Chelsea) and it didn’t happen this time,” he said, “Some people expected it, but it’s an improvement.”

“The second half was a lot better from us. We had better positions, we didn’t lose possession and kept the spaces a lot smaller. It was more difficult for Manchester United.”

“We are four (goals) behind Wigan, so we have to get enough points. Everyone feels responsible.”

Villa face fellow strugglers Sunderland next Monday and a victory would go a long way to securing their safety with Wigan about to embark upon a congested end to the campaign.

Paul Lambert’s men travel to the DW on the final day of the season and they will be hopeful of having their Premier League status confirmed before that date.