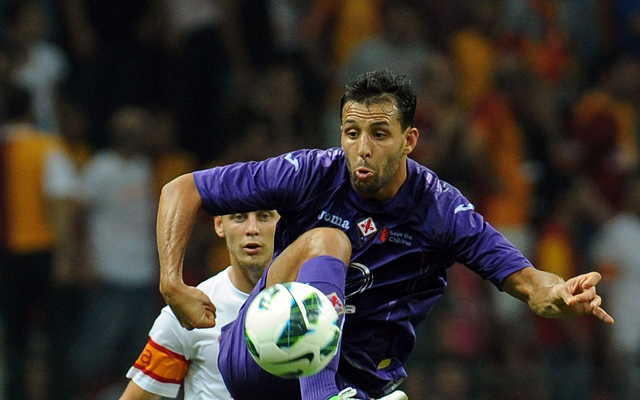 Moroccan midfielder to be offered second chance in the Premier League.

West Bromwich Albion are reportedly lining up a summer swoop for Fiorentina striker Mounir El Hamdaoui, according to talkSPORT.

The 28-year-old is being looked at as another potential replacement for Romelu Lukaku, who is expected back at parent club Chelsea at the of the season. And Albion are apparently so keen on the Moroccan international that they sent a scout to watch him in in last weekend’s 4-3 victory over Torino, in which he came of the bench.

El Hamdaoui is well known on these shores of course, having spent two miserable seasons with Spurs in 2005-06. He joined Derby County on loan during his second term where he fared slightly better, scoring three goals in nine games before heading back to Holland with Willem II.

Following that, successful stints with AZ Alkmaar and Ajax brought him to the attention of Fiorentina who snapped him up last summer for a cut price £700,000 fee.

This season he has scored just three goals in 21 appearances for La Viola but that hasn’t seemed to stop WBA from taking an interest. Fiorentina are thought to be open to offers as he has not made the kind of impact the club were hoping for and he will be valued at just under £2 million.