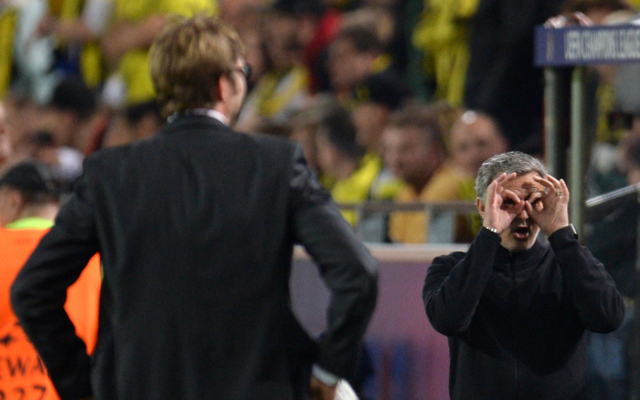 Jose Mourinho is the subject of something of a Bernabeu mutiny according to the AFP, with 15 Real Madrid players stating that they want to see the Portuguese boss axed this summer.

Though Mourinho helped his Spanish giants to a La Liga title last term it appears he has fallen out with a number of his playing staff. Real Madrid president Florentino Perez, who apparently enjoys a good relationship with the 50 year old manager, carried out an informal poll of the club’s squad to see who backed the former Chelsea and Inter Milan manager.

15 players are said to have stated their desire to see the back of Mourinho, and that collection was said to include five senior players who stated that they had received offers from interested parties and would push for a Real Madrid exit if the ‘Special One’ was still in his post come the summer.

Two of those senior players are thought to be captain Iker Casillas, who has been dropped by Mourinho in recent weeks, and defender Sergio Ramos, both stars having fallen out with the manager some time ago.

Mourinho’s future at Real Madrid may well be in further jeopardy after his side were thumped 4-1 by Borussia Dortmund in the first leg of their Champions League semi-final last night.