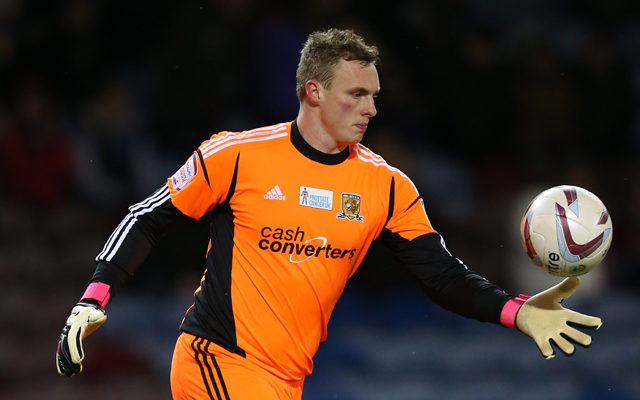 One out and one in between the sticks for Fulham.

Fulham are set to sell their second string goalkeeper David Stockdale to raise the cash to buy Maarten Stekelenburg, according to The Express.

The 27-year-old was once considered as Mark Schwarzer’s successor, however, he’s spent the majority of this season on loan at Championship side Hull City, where he has made 22 appearances in two separate spells.

The Tigers are said to be interested in adding him to their squad should they achieve promotion to the Premier League, which they are currently on course to do sitting in second place in the table.

Yet they may face competition to land the Leeds born custodian as West Ham have emerged as rivals to land his signature. Hammer’s boss Sam Allardyce is on the look out for a potential replacement for veteran Jussi Jääskeläinen who has begun to show signs of wear and tear this year despite being offered a one year extension on his current deal.

Fulham are reportedly looking to offload Stockdale in a £4 million deal that will see them within touching distance of the £5.1 million valuation Roma have made for Stekelenburg.

Veteran Aussie Mark Schwarzer’s contract expires at the end of the season and has been tipped to either retire or spend one final year at another club.