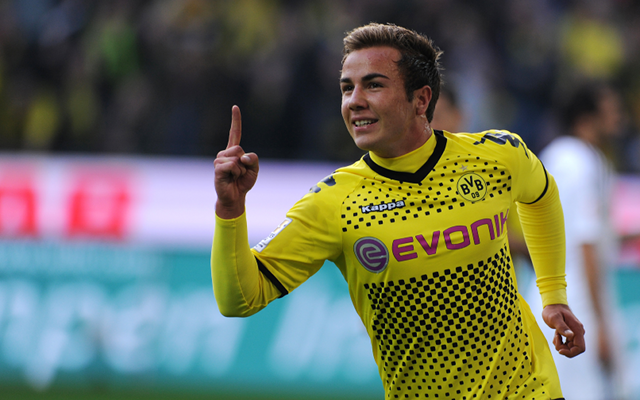 The Bavarian club announced on Tuesday before their Champions League semi final encounter with Barcelona that the Dortmund midfielder will activate the release clause in his contract and join leave Borussia in a £32 million deal this summer.

And Sammer claims that the talented midfielder turned down huge offers from the likes of Real Madrid, Manchester United and Barcelona in favour of a move to Bayern.

“You have to be aware that Mario Gotze has had incredible offers from other clubs. Those offers were really mad!” Sammer said.

Sammer did suggest, however, that the timing of the announcement was less than ideal, stating that they wanted to wait until the end of the season to reveal their new acquisition.

“Of course, the publication of this transfer has not been so ideal. We intended to go public with it just after the UEFA Champions League semi-final fixtures,” he said.

Bayern will take a surprise 4-0 lead into the second leg of the semi final after a domineering display at the Alianz Arena this week.

Dortmund will host Real Madrid this week in the first leg of their encounter and Gotze is expected to start.