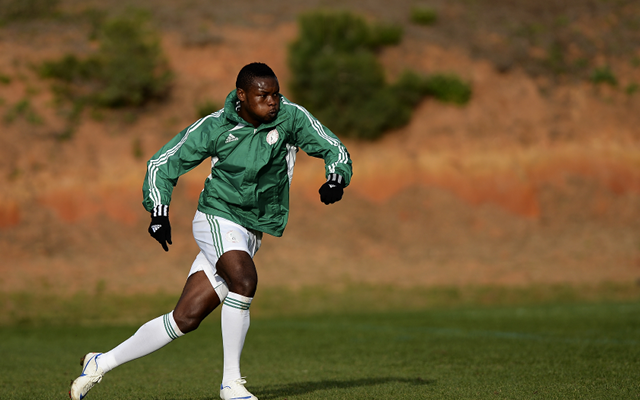 Newcastle United are hopeful of beating Arsenal to the signature of defender Godfrey Oboabona, The Metro reports.

The 23-year-old currently plays for Sunshine Stars in his homeland but is reported to be desperate to leave for a team in Europe where his agent has touting him around to a number of clubs.

Last month he underwent a trial with Arsenal, who he had supported as a youth, and though Arsene Wenger’s men decided against offering him a deal they continue to monitor his progress and have sent scouts to cast an eye over him several times.

“Arsenal are my favourite club from childhood. It is the club I want to play for,” he said.

“I have offers from the top five leagues in the world.”

French sides Lille and Rennes have both expressed an interest and have even approached him about a move to Ligue 1, however, it is Alan Pardew’s Newcastle who are now said to be frontrunners for his signature.

The 16-cap Nigerian international can play in either defence of midfield is thought to be valued at just £1 million and Pardew sees him as a budget option to add some much needed reinforcement to his back line.

He was part of the Nigerian squad that won the African Cup of Nations earlier this year.