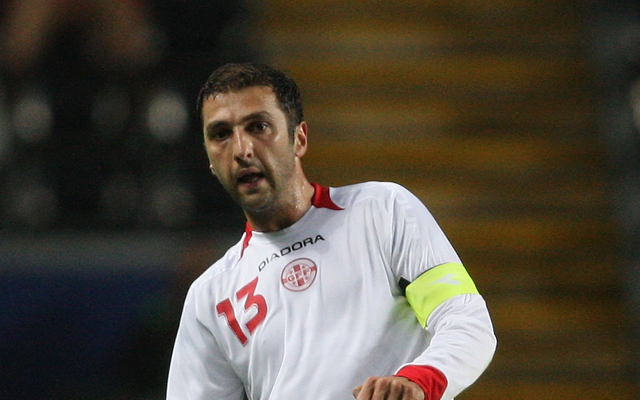 Georgian international lined up for a return to England.

Check in to Blackburn Rovers vs Crystal Palace

Former Blackburn defender Zurab Khizanishvili is being lined up for a return to England with several clubs interested in his signature, according to Sky Sports.

Norwich City, Reading and Leeds United are all keen to bring the 31-year-old back to England as he will become a free agent at the end of the season.

Khizanishvili is well acquainted with football on these shores having spent four years in Scotland with Dundee and Rangers, and six years south of the border with Blackburn, Newcastle and Reading.

Currently with Turkish club Kayserispor, whom he joined in 2011, the Georgian international will be out of contract in the summer, though it should be for long as he has a long list of admirers.

Norwich boss Chris Hughton is a fan after working with him briefly during a short loan spell at Newcastle in 2009 and Leeds manager Brian McDermott had also previously worked with the player when he was the manager at Reading.

The Royals are also interested even though McDermott is no longer there. New coach Nigel Adkins is aware that he would add some much needed class and experience to the back line, both of which would be crucial in helping the club escape from the Championship.