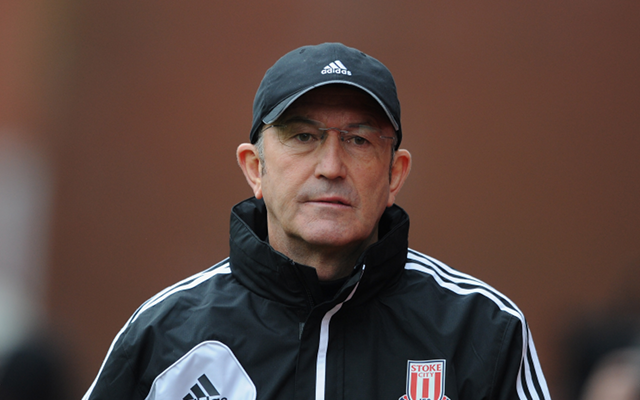 Stricken Stoke boss to move on.

Stoke City manager Tony Pulis is planning his exit from the club and is hoping to jump ship before the end of the season, The Mirror reports.

The 55-year-old is supposedly set to leave the club at the end of the season anyway, but is hoping to step away from the job as soon as the club are mathematically safe from relegation.

Pulis has come under pressure from all corners as football purists consistently slate Stoke’s playing style and now the club’s fans have got on his back after a disastrous campaign that has seen the Potters not only threatened with relegation but has also seen them pick up just two victories since the turn of the year.

He sees his future elsewhere now, and has grown frustrated with life at the club after they refused to back him in the January transfer window. The board refused to sanction moves for Aston Villa striker Darren Bent and Blackpool’s Tom Ince leaving fans frustrated with the players that the Welshman did bring in.

Although he retains a close relationship with chairman, Peter Coates, both manager and club feel that they have outgrown each other and feel it is now time to move in different directions.

Pulis is in his second spell in charge of Stoke having first managed them between 2002-05, he left for a short stint at Plymouth Argyle but returned a year later to oversee their ascent to the Premier League in 2008.