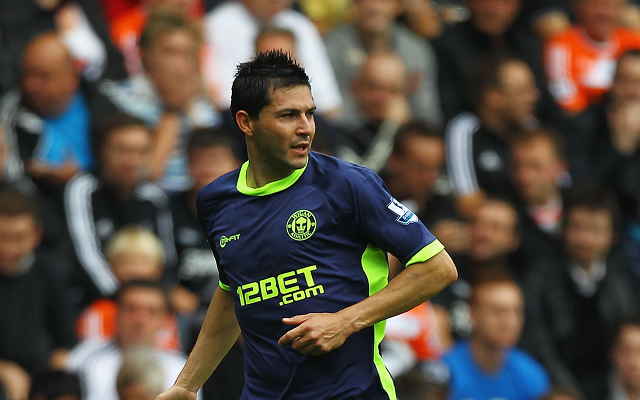 Wigan Athletic centre back Antolin Alcaraz will miss the club’s final four games of their relegation run in and may even face missing out of the FA Cup final, the Daily Mirror reports.

The Paraguayan has been ruled out for three weeks after suffering a torn hamstring injury against West Ham last weekend.

That will rule him out of the games against Spurs, West Bromwich Albion and Swansea as well as putting him in doubt to play in the FA Cup final against Manchester City next month.

Latics boss Roberto Martinez tried his best to sound positive despite being forced to deal with the cruel hand he’d been dealt.

“We’ll treat him and see how quickly he responds to treatment,” he said. “But obviously soft-tissue injuries of that type would usually take the best part of three weeks to heal.”

Wigan are currently sat in 18th place, one spot and three points behind Aston Villa in 17th. The two will meet each other on the final day of the season at the DW Stadium and both clubs will be eager to secure their safety before the final day encounter.

However, they’ll have to do it with Alcaraz who has become a key figure at the back for Wigan recently.