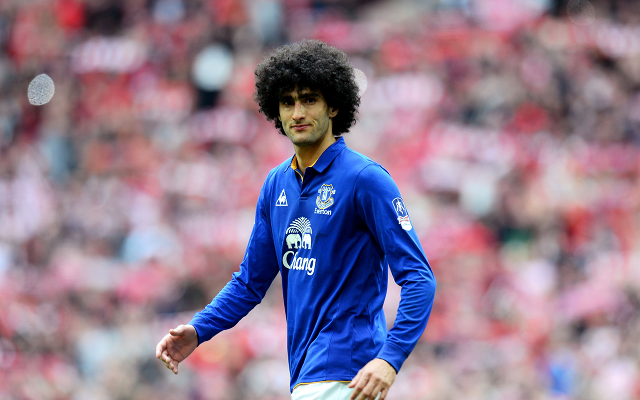 Everton boss believes midfielder will still be at the club next season.

Everton boss David Moyes has rejected speculation that Marouane Fellaini will leave the club this summer, according to The Express.

The Belgian midfielder has been heavily linked with a move to Chelsea this summer. Fellaini has a £23 million release clause installed in his contract and the West London club remain poised to activate it.

However, Moyes, who is desperate to hold on to the 25-year-old, believes that he’ll be going nowhere.

“Marouane was only part of a team that won against Manchester United, he scored the goal but we have to remember what the other players did,” he said. “He is a big part of our squad not only because of his size but also because of how important he is to us and he is someone that we will be more than happy to see here again next year at Goodison.”

Fellaini has been in sparkling form for The Toffees this term, bagging 12 goals in 32 appearances and winning plaudits for his all round game and influence on the Merseysiders.

He reportedly came close to making the switch to London in the January transfer window but the move fell through at the last minute.