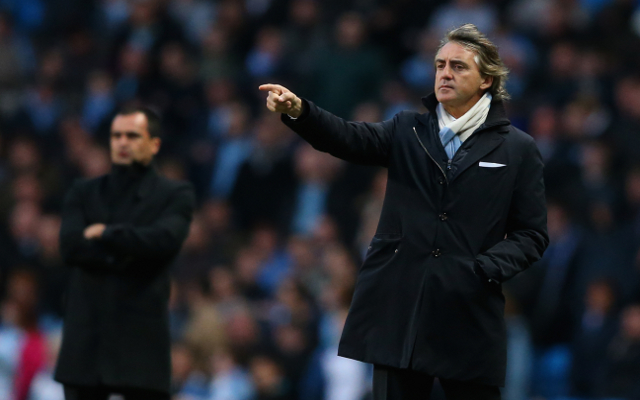 Manchester City Roberto Mancini is confident his side will act quickly in the upcoming summer transfer market as he looks to improve his squad after what has proven to be something of a frustrating season for the Etihad Stadium side.

Mancini’s side have an FA Cup final against Wigan to look forward to but in the league they have made an underwhelming defence of last season’s title.

The Italian manager has frequently discussed his anger at the club failing to sign the players he wanted after winning the league and he is sure those errors will not be repeated.

Mancini said: “I think that when you build your team you need to start like in this case, we are in the end of this championship, we have time, but not a lot of time. We should have our targets in mind.

“You should move very quickly. We didn’t do this last year. We moved so slowly. We lost the players that were our targets to improve our team.

We should have moved more quickly.

“It is important to build your team from the basement, when you start in the market you need to buy important players that can help you.

“They deserve to win this title because they won a lot of games in a row. The crucial moment was when we played QPR, Liverpool, Southampton.

“That moment we had big problems with our players injured. We lost key points. United have more attitude than us, as a club, as a team.”

Although Mancini is keen to start his transfer business quickly, he insists now is not the time to discuss whether Carlos Tevez or Gareth Barry, who each have a year left on their contracts, will be getting new deals.

But he has confirmed that Kolo Toure will be leaving the Etihad Stadium this month.

He added: “In the moment, it is important to finish well the next five games. It will not be easy. Now this is more important.

“It is important for every player to have the chance to play. Kolo is at the end of his contract, if he has the chance to go to play and we can help him.

“He is a good guy, a serious professional player and fantastic man. If we can help him we are happy.”