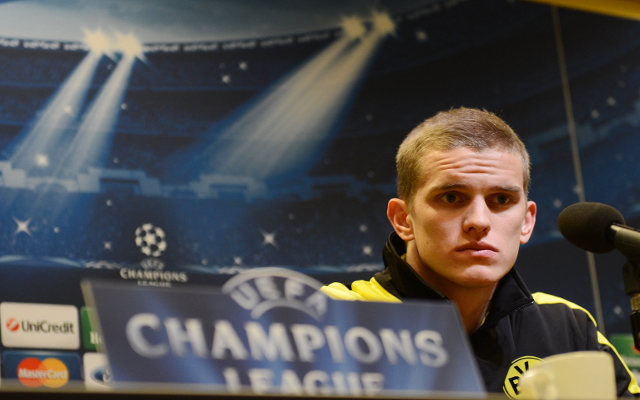 Old Trafford side look to conduct another Westfalenstadion raid.

Man United will battle Man City in the pursuit of highly rated Borussia Dortmund midfielder Sven Bender according to the Metro.

Both Premier League sides have been scouting Polish international Robert Lewandowski and have now also been alerted by the impressive displays put in by the young German international midfielder.

Sir Alex Ferguson may well feel he has the upper hand in such a race having already developed a relationship with the Westfalenstadion side having brought in Shinji Kagawa from the Bundesliga side last summer.

Jurgen Klopp is struggling to keep hold the nucleus of the side that helped secure back to back domestic titles, Mario Gotze has already agreed terms on a £31m move to rivals Bayern Munich and sharp-shooter Lewandowski is apparently expected to follow suit.

It may therefore prove tough for Dortmund to prevent any of their younger talents from having their head turned by offers from other prospective suitors.

Ferguson could well feel the need to freshen up his midfield this summer. Paul Scholes is expected to retire from the game this summer, having returned to Old Trafford having quit the game a year ago. Anderson continues to struggle to consistently impress and Darren Fletcher is still recovering from long term illness.

The club’s most accomplished midfielder is Michael Carrick, who has had an excellent campaign, but at 31 he too is clearly in the latter stages of his career.

23 year old box to box performer Bender is into his fourth season at Borussia Dortmund having previously plied his trade with TSV 1860 Munich.