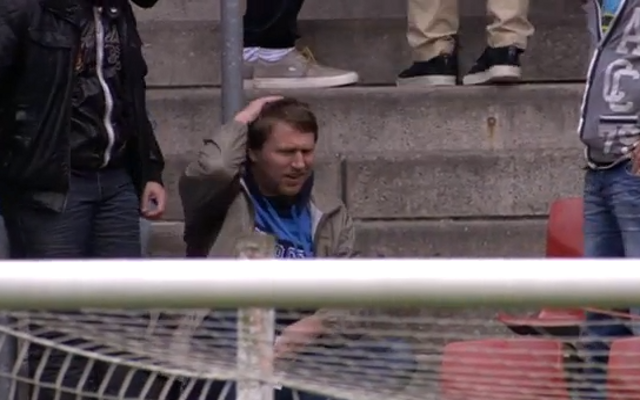 This is an amusing incident from the Eredivisie. In the warm-up NAC Breda veteran Anthony Lurling looks to bury an effort past his team-mate, however his rising shot instead floors a fan in the stands who looks bemused as he tries to ascertain how he ended up on the floor. He looks suspiciously at supporters until he realises that the 35 year old striker is in fact to blame for his predicament. With Marouane Chamakh, Carlton Cole and Andy Carroll among their ranks West Ham fans must run a similar gauntlet every home game!

Check in to NAC Breda vs Ajax