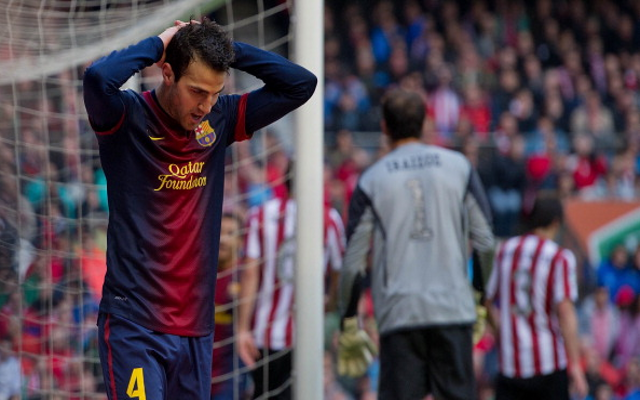 Nou Camp side open to selling Spaniard back to Emirates Stadium side.

Barcelona are reportedly ready to consider offers for Spanish midfielder Cesc Fabregas according to the Daily Star and Arsenal are said to be on ‘red alert’ and are ready to make a move for their former skipper if he is made available this summer.

Fabregas could be sacrificed as part of a Nou Camp rebuilding process and speculation is rife that the 25 year old may be ready to return to North London.

The midfielder is apparently keen to bring up his daughter Lia in England and is said to be trying to purchase a flat worth £5.4m in London, potentially leaving the door open to a Gunners return. 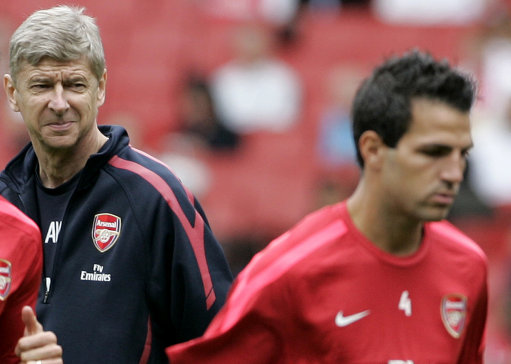 Cesc Fabregas returned to Barcelona following a £35m move from Arsenal in 2011 but things have perhaps not worked as he would have wished. His Catalan side lost their La Liga and Champions League crowns in his first season at the club and though he has been a regular in Tito Vilanova’s first team set-up he has missed out on some big clashes this term.

The talented midfielder was left on the bench as Bayern Munich thrashed Barcelona in the first leg of their Champions League semi-final and was similarly left out of Vilanova’s starting eleven in last month’s El Clasico defeat to Real Madrid as well as the club’s 4-0 win over AC Milan.

Those omissions are perhaps all the more peculiar when you consider Fabregas has been very effective when called upon, being one of La Liga’s top assist makers this term as well as netting 13 goals in all competitions.

Arsene Wenger would no doubt welcome the possible return of Fabregas, who was clearly a player he would not have chosen to lose.

One would imagine it would take a fee in the region of sum paid by Barcelona two years ago to persuade the La Liga giants to sell. Wenger is reportedly set to be handed a hefty transfer war-chest and a move to re-capture Fabregas would be a statement of intent that could well go some way to appeasing the club’s fan-base.

Cesc Fabregas returned to Barcelona after an eight year spell at Arsenal and has made 74 starts, as well as 17 appearances from the bench, scoring 28 goals in the process.