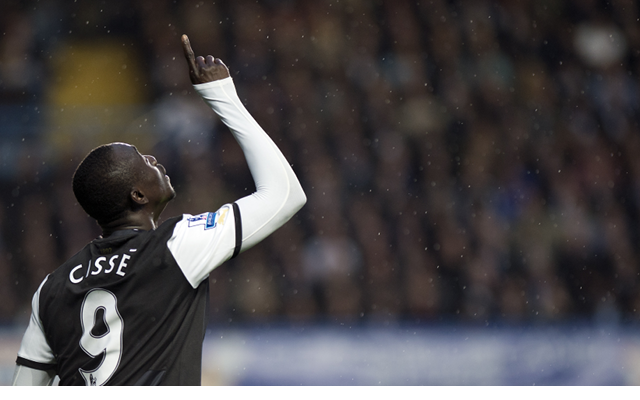 Borussia Dortmund are targeting Newcastle’s Papiss Cisse as the man to replace outbound forward Robert Lewandowski, according to The Express.

The Polish striker had been linked with moves to the both Manchester United and Bayern Munich recently, though now it seems that he will either stay at Dortmund or follow his teammate Mario Gotze’s lead and make the switch to the newly crowned German champions.

Dortmund are reported to be looking at potential replacements for Lewandowski in the event of his departure and one name near the top of that list is Papiss Cisse.

The 27-year-old Senegalese striker is enduring a difficult campaign with Newcastle, scoring 13 goals in 43 games as the club slide dangerously toward the bottom three.

It’s thought that he appeals to Dortmund because of his previous Bundesliga experience. Cisse played for Freiburg between 2009-12 until Newcastle paid £9 million for his services in last years January transfer window.

Dortmund will have to pay in the region of £15 million if they want to prize him away from St. James’ Park, and that fee could rise should Newcastle manage to avoid the drop.

Manchester City, who are also interested in signing Lewandowski, have reportedly offered Edin Dzeko in part exchange but for the time being the club are hoping to convince him to sign a new deal as his current contract expires next year.