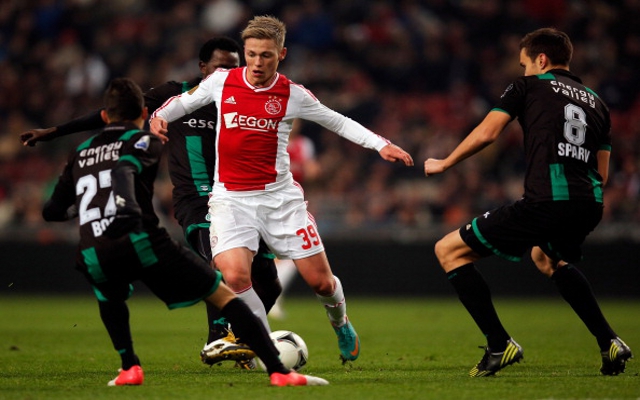 Chelsea are reportedly considering a move to sign Ajax teenager Viktor Fischer according to the Daily Express.

Blues owner Roman Abramovich has adopted a youthful transfer policy over the past 18 months, a move that the Russian no doubt feels is necessary given that his old-guard are nearing the end of their glittering careers, and the Stamford Bridge will be just one of many scouting Fischer.

The 18 year old Danish international has made a real impact in the Ajax first team this term, scoring 11 goals in all competitions, and may well be tempted by a move to the Premier League and will be a player Frank De Boer will struggle to keep hold of in the long term.

Fischer may however have to think long and hard about such a switch as there is always the chance that a young talent can get lost among the surfeit of talent at Chelsea. The likes of Romelu Lukaku, Thibaut Courtois and Kevin de Bruyne, all full international talents, have struggled to make an impact at the West London club and have nonetheless shone during loan spells away, therefore proving they don’t lack the ability to warrant regular first team football.

There is bound to be great interest in Fischer’s national and club colleague Christian Eriksen, who is perhaps more likely to be leave the Amsterdam club this summer.