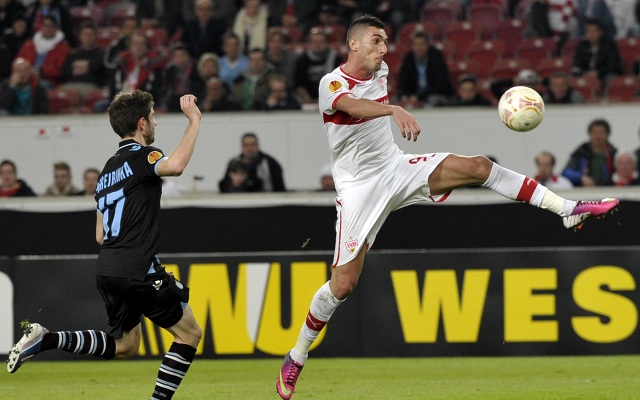 Manchester United striker Federico Macheda has spelled out his desire to stay with Bundesliga side Stuttgart next season, Sky Sports reports.

The 21-year-old joined the German club on loan in January after failing to establish himself in the United first team and several failed loan spells with Sampdoria and QPR.

The Italian front man has yet to find the net in nine appearances for the Bundesliga club, but he has expressed his affinity for the team and the division.

“My experience at Stuttgart is going very well,” he said.

“I have immediately familiarised myself, and the relationship with my team-mates and coaches is great. In June the loan will end but I already have a verbal agreement with Stuttgart to extend my stay. If there is a chance to, I would be really happy to stay.”

Stuttgart have the option to buy him this summer, and though he has not scored it’s thought that his performances have impressed the management at the club.

However, Macheda still feels he will be a success at United one day, but admitted a move away now might be the right choice.

“My relationship with Sir Alex Ferguson is great and it’s clear that I have always had the desire to return and play for the Red Devils.”

“But returning now would not be good for my career because I need to play with continuity.”

He also expressed a desire to play in Serie A after news of Lazio’s interest came to light recently.