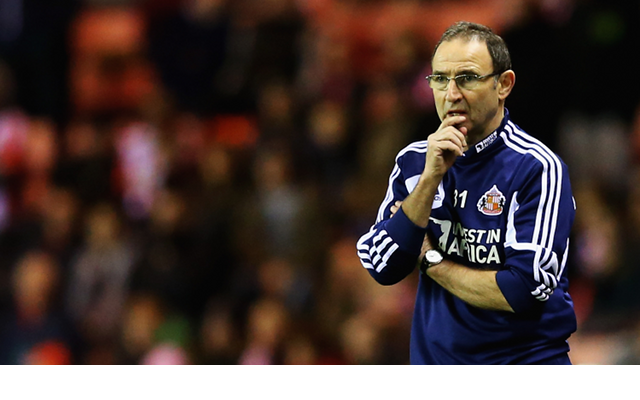 Former Black Cats boss primed and ready to take over at the Britannia Stadium.

Martin O’Neill is being touted as a probable successor to Stoke City boss Tony Pulis, if indeed the Potters boss elects to leave the Britannia Stadium side this summer according to the Daily Star.

There is a growing feeling at Stoke City that 55 year old Pulis is ready to leave the club he has managed for seven years and O’Neill, recently sacked by Sunderland, is seen as the ideal man to replace the long servning boss.

Martin O’Neill is said to have been shocked to have been sacked as Black Cats boss, having never been sacked previously in his 20 year managerial career, but is keen to get back into the game as soon as possible and a move to move to a Premier League side would surely tempt the Northern Irishman.

Back to back wins against QPR and Norwich City have moved Stoke City up into 12th spot, some eight points off the drop zone, and as such Pulis’s side should be safe from relegation to the Championship though this apparently might not be enough to prevent the diminutive Welshman from leaving the Staffordshire club.