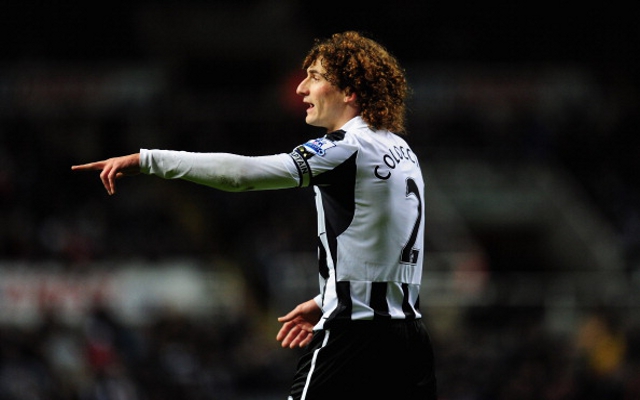 Magpies boss Alan Pardew could be ready to offload as many as ten players from his Newcastle United squad this summer according to the Sunday Mirror.

Argentine centre-back Fabricio Coloccini heads the list of potentially exit bound stars and is apparently one player Pardew will fight tooth and nail to keep hold of.

The 31 year old wants to return home but the St James’ Park side are demanding a decent sum for their skipper as he still has two years left to run on his current contract. As yet San Lorenzo have come nowhere near the club’s asking price and until they do it seems unlikely Newcastle United will sell.

Experienced keeper Steve Harper will not be offered a new contract when his current deal runs out this summer and full-back Danny Simpson is also set to leave on a free transfer.

Mike Williamson, Dan Gosling, Gabriel Obertan and youngsters Roman Amalfitano, Mehdi Abeid, Brad Inman and Conor Newton are all also reportedly likely to be made available for sale as Pardew looks to trim his expansive squad ahead of moves to bring in new summer signings.

To that end Pardew has placed Saint-Etienne forward Pierre-Emerick Aubameyang at the top of his summer shopping list, with the Gabon striker being seen as an ideal replacement for Demba Ba, who left for Chelsea in January.