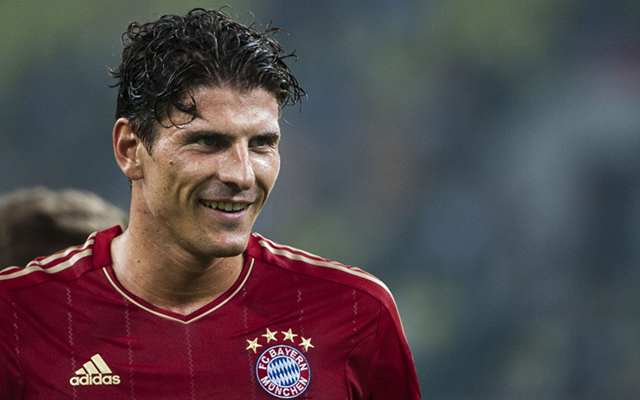 Jurgen Klopp has his sights set on Allianz Arena ace.

Jurgen Klopp has seen midfielder Mario Gotze agree a deal to join Bayern Munich and could also lose striker Robert Lewandowski and is clearly looking to score a moral victory by looking to reverse the trend by setting his sights on the Allianz Arena ace.

Gomez finished as Bayern Munich’s top scorer last term, netting a massive 41 goals in all competitions, however injury left the 27 year old out of the early portion of the season and the Bavarian side elected to sign Croatian Mario Mandzukic and as a result the German international has been left warming the bench for much of the campaign.

The German international may well be keen to leave Bayern Munich, knowing that incoming boss Pep Guardiola may well look to bring in yet another striker to challenge for his spot, and could be keen on remaining in the resurgent Bundesliga and may be tempted to join the Westfalenstadion side.

Gomez has scored 197 goals in 325 appearances for Stuttgart and Bayern Munich in a glittering career in the German top flight.

Dortmund are also said to be keen on Man City forward Edin Dzeko.