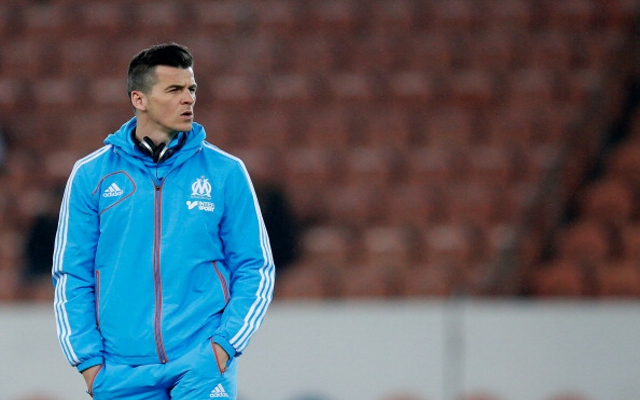 Loaned out midfielder Joey Barton has declared his disgust at a number of QPR players, and former boss Mark Hughes, after this weekend’s goalless draw with Reading ending all hope of the West London side beating the drop to the Championship.

The midfielder took to Twitter to voice his frustrations tweeting;

“I can’t believe QPR have just been relegated and [Jose] Bosingwa was walking down the tunnel laughing!”

“It’s the club and supporters I feel for, They don’t get the chance to move club or switch alliances, they are left to pick up the bits.

“Lot of those within that dressing room have to have a good long look in the mirror. Spoke to a few of the better lads over the course of the season and it seems things just became ridiculous in the end.

“Gutted for the club. To many wankers amongst the playing staff. All brought in by Hughes. Some good lads but not enough. Too many maggots.

“It seems an awful lot must change if they are to have any chance of turning it around next year. The club needs to change from top to bottom. I wish them every success in doing that.

“Believe it or not I am actually gutted for QPR – I reckon more than some of the current playing squad.

“If the media want to slag me off for saying players shouldn’t laugh after they’ve been relegated, so be it. If I worked all week and paid to watch my team and I’d seen that. I’d be fuming.

“I don’t care what level you play at. That’s wrong.”

Whilst Joey Barton may well have a point it is worth noting that his own behaviour at the end of last season could also be considered as damaging to QPR.

The former Man City and Newcastle United man was sent off in the club’s last match of the season and was handed a 12 match ban for his reaction to the dismissal, which in then led to his loan move to Marseille.

QPR will have to consider the futures of a number of their highly paid stars and will surely look to offload a large swathe of their squad to help balance the books ahead of a battle to secure promotion back to the top tier.