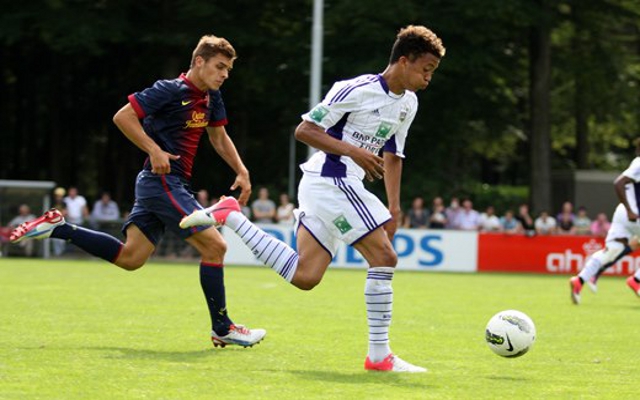 The 17 year old attacker, dubbed the ‘Belgian Cristiano Ronaldo’, is yet to break into the Anderlecht first team but is considered one of Europe’s hottest young talents.

Ferguson has reportedly scouted Henen at youth team tournaments in Holland and Italy and has been linked with interest in the starlet for some time.

The Daily Mail claims Henen turned down advances from the Old Trafford side last year but may be tempted to make a fresh offer in the summer.

Henen is contracted to his Brussels based club until 2015 and as such may not be a player cheaply purchased but with Inter Milan sniffing around the teenager the Scot may feel the time is right to make an offer.

Given that a number of Ferguson’s Man United squad are of advancing years, with the likes of Rio Ferdinand, Paul Scholes, Ryan Giggs, Patrice Evra and Michael Carrick all pushing on into their 30s, a move to bring in more youthful talent is clearly something Ferguson has been working towards.

The Man United boss has brought in the likes of Phil Jones, David de Gea, Nick Powell, Alexander Buttner, Angelo Henriguez and Wilfried Zaha over the past couple of seasons and will no doubt be considering similarly youthful purchases this summer.