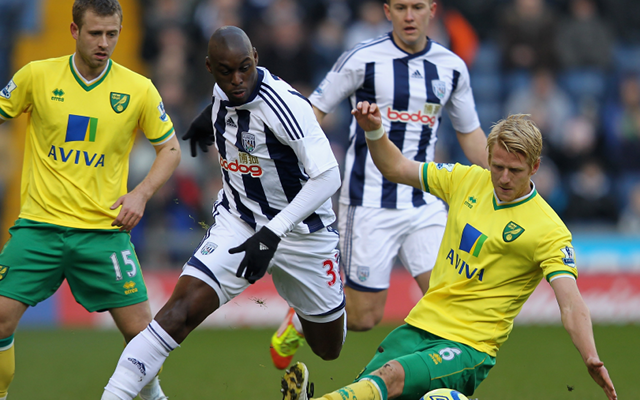 Will Marc-Antoine have the good Fortune to stay at Albion?

West Bromwich Albion striker Marc-Antoine Fortune is hopeful of earning a new deal with the club, but hears his sending off against Southampton may have damaged his cause, Sky Sports reports.

The 31-year-old saw red in this weekend’s 3-0 win over Southampton for lashing out at Gaston Ramirez after he’d elbowed Shane Long in the face.

He later apologised for the indiscretion: “We won 3-0 and I scored and got an assist so it was a good game for me and for West Brom, but afterwards I know everyone will talk about my red card,” he said.

“First of all I want to apologise because I don’t usually do that. People know I’m not a bad guy so I am really frustrated but I just reacted to what the Southampton guy did.”

However, the French-Guyanan striker is hoping that the incident won’t dissuade Steve Clarke from offering him a new deal.

His current contract expires this summer, signalling the end of a three year stay at The Hawthornes that has seen him bag 14 goals in 88 games. This is his second spell with the club, though, the first saw him spend some time on loan in the Midlands before a two year stint with Celtic.

“For the moment I am still waiting for something from the club,” he added. “The fans ask me on Facebook or other social media but I always answer that I would be really pleased to stay here and I am just waiting for the offer from the club.”

“They know my position. I want to stay and if the club want me to stay we will have to discuss it, but it is up to the club.”