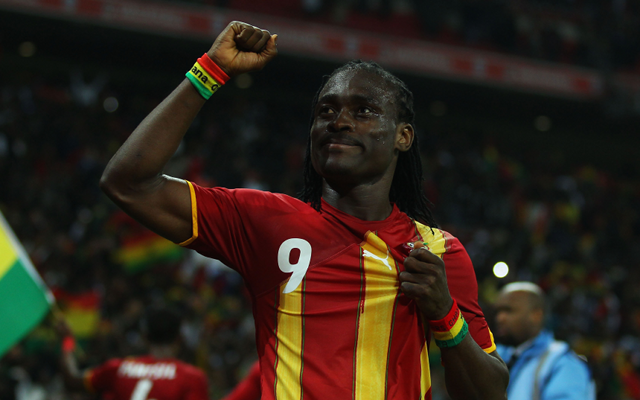 Fulham are set to revive their interest in Ghanian midfielder Derek Boateng, according to Sky Sports.

The West London side had apparently agreed a deal for the Dnipro midfielder in January and had even secured a work permit but failed to complete the deal before the deadline day clock ran out.

He came close to joining Greek side Olympiakos after his move to Fulham fell through, but the Ukrainian outfit sought to kill the move after a dispute with the 29-year-old.

However, after taking Dnipro to the international court of arbitration in Switzerland he is now free of his contract, making him a free agent, and with the work permit that Fulham obtained in January still valid, boss Martin Jol is keen to rush through a deal to bring him to the Premier League.

Fulham have refused to comment officially on the possibility of a move for the 46-cap Ghana international, but a switch to Craven Cottage would end a decade of waiting to play in England for Boateng, who saw a move to Middlesborough fall through in 2003 after failing to secure a work permit.

Boateng is a highly cultured midfielder having toured Europe extensively during his career, turning out for clubs in Germany, Sweden, Israel, Spain and Greece.