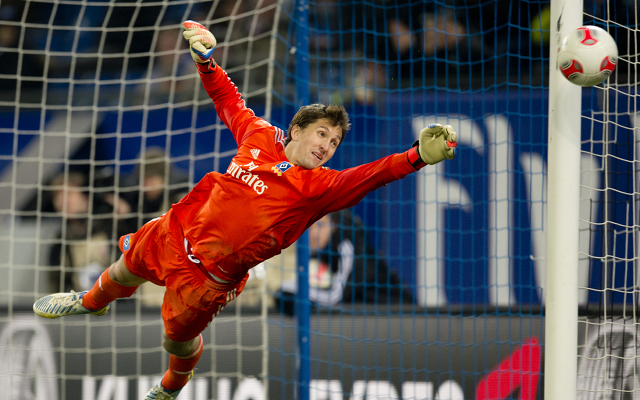 German side Hamburg have refuted claims that they have held talks with Arsenal over the sale of goalkeeper Rene Adler, Sky Sports reports.

The German international stopper has been linked with a summer switch to North London as they seek a replacement for Wojciech Szczesny, who Arsene Wenger believes is not ready to be the club’s number one.

Having been linked with a host of fine shot stoppers from across Europe, it appears that the position will be high on the manager’s list of priorities this summer.

However, Hamburg’s general manager, Frank Arnesen, has denied that any deal between the two for Adler is in the offing.

“It’s obviously a fact Arsenal FC is on the search for a goalkeeper. But thus far no-one from Arsenal FC has been in touch with our club,” he said.

Adler is also aware of the interest being shown in him and has admitted that he is flattered by the links to the Premier League club: “I am under contract with Hamburger, but for every professional it will be a pleasure and honour to get linked with a club like this,” Adler said.

“This is flattering. It will absolutely hand me more motivation, I will not lose my focus.”