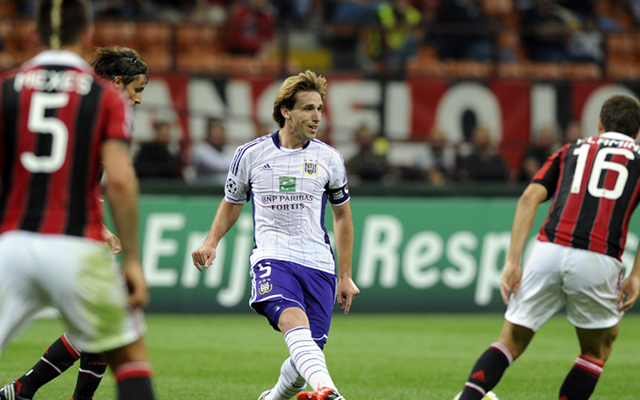 Lazio are set to gazump Liverpool in the race to sign Anderlecht’s Argentine international midfielder Lucas Biglia, according to talkSPORT.

The 27-year-old has been a long time target for the Merseysiders as well as being linked with Arsenal, Norwich City, Real Madrid and Inter Milan in the past, but Brendan Rodgers’ men are set to lost out to Serie A giants Lazio this summer.

Biglia has been with the Belgian side since 2006, making over 200 appearances, but now wants a challenge in one of Europe’s elite leagues with both the Premier League and Serie A high on his agenda.

Liverpool had been hoping that a bid of around £4.5 million would be enough to land the player, however, it is Lazio who are in poll position now as they are said to be preparing an offer of £8 million in an attempt to give themselves the first option.

A move to Italy could very well be favourable for Biglia as he owns an Italian passport, but he is thought to be keen on anywhere.

In January of this year he held a personal protest by not turning up to training in the hope that it would force the club’s hand into moving him on, however, this wasn’t appreciated by the club’s fans and he was eventually forced to relent.