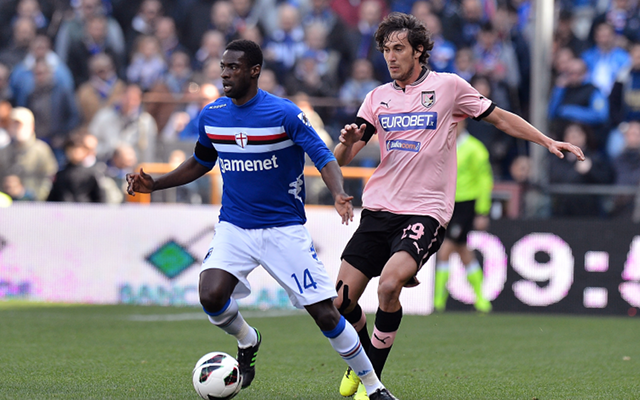 Manchester City will go up against Italian giants Juventus in the race to land Sampdoria midfielder Pedro Obiang, according to talkSPORT.

The 21-year-old has been on the radar of both City and Chelsea at various points over the course of the season but it is last season’s champions who are thought to be seriously considering a move for him.

However, Roberto Mancini’s men will have to act fast as Serie A champions elect, Juventus, are now said to be preparing an offer to land the Spanish under-21 international.

Obiang began his career in the youth ranks at Atletico Madrid but moved to Sampdoria in 2008 before making his breakthrough into the first team two years later.

He has made 31 appearances for the Genoa based club this season, scoring once and chipping in with six assists. Comfortable either in a central midfield role or as a slightly more defensive capacity, he’s caught the eye with his tough tackling and quick distribution.

Juventus are said to be preparing for an all out assault on the Champions League next season and want to sign a host of new players to strengthen the side in anticipation of a busy campaign.