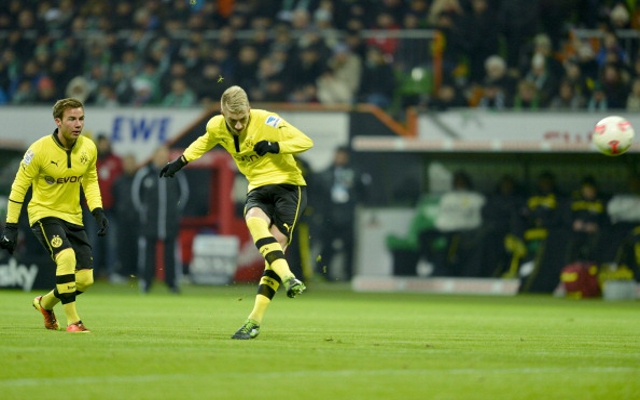 Man City are looking to become the latest club to raid Jurgen Klopp’s Borussia Dortmund squad, with Roberto Mancini ready to launch a £32m bid to sign German international Marco Reus according to the Daily Express.

Mancini is planning a major squad overhaul and has eyed up the in-form attacker as a summer transfer target. The 23 year old only move to the Westfalenstadion last summer as a replacement for Shinji Kagawa, who joined Man United.

Reus has proven astonishingly effective in his first season at Dortmund, scoring 16 goals and providing 11 assists in all competitions. He is a player Klopp will not want to lose and given the former Borussia Monchengladbach man is tied down to a long contract it could prove very tough for Man City to persuade his Bundesliga side to sell such a crucial player.

Man City are willing to double Reus’s current £60k a week wage packet and given that Mario Gotze has agreed a deal to join Bayern Munich and Robert Lewandowski could well follow suit, there is perhaps a chance the player will feel his side lack the ambition, or indeed pulling power, to keep hold of their top performers.

Mancini is ready to offload a host of attackers, including Scott Sinclair, Edin Dzeko and Samir Nasri this summer.