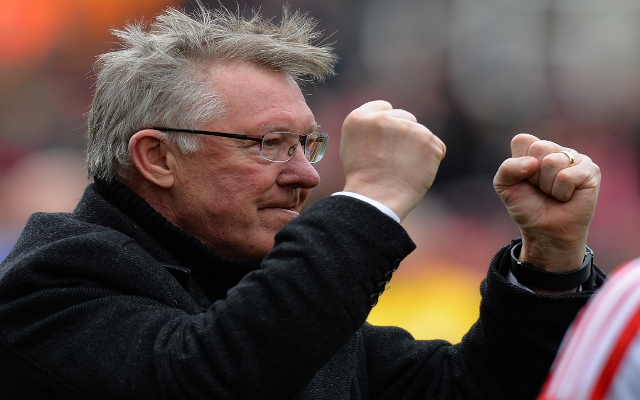 Man United boss Alex Ferguson admits he is already making plans for the summer transfer window as he looks to how to strengthen his Premier League title winning squad.

United secured the Premier League title last week, but with rivals Chelsea and Manchester City both expected to invest heavily in new players in a bid to bridge the gap next season, Ferguson says his side cannot afford to stand still in the transfer market.

“We’ve been doing a bit of work on that over the last three or four months, targeting who the players are that we feel could enhance us, make us better or help us maintain the level we’re at,” he told the club’s official magazine, Inside United.

“Hopefully the players we bring into the club in the next year or so will be of the quality we need. We’re competitive in the market — we’re not Chelsea or Manchester City in terms of money, but we’re competitive.”

United have been linked with some high-profile strikers in recent weeks, including Robert Lewandowski of Borussia Dortmund and Atletico Madrid’s Radamel Falcao, but Ferguson believes the squad already has solid foundations.

“You have to look at the structure of the club at present, in terms of the number of first-team players we have at 23 or under,” Ferguson added.

“David De Gea, Rafael, Phil Jones, Chris Smalling, Alex Buttner, Nick Powell, Tom Cleverley and Danny Welbeck (are all 23 or under). Shinji Kagawa and Chicharito (Javier Hernandez) are 24. Jonny Evans is 25 and Wayne Rooney is hitting his peak at 27.

“Older players like Ryan Giggs, Paul Scholes and Rio Ferdinand may be coming towards the end of their careers, but these younger players are the foundation for the next five or six years, irrespective of the players breaking through, like Adnan Januzaj, the Belgian boy, who’s really looking very good.”