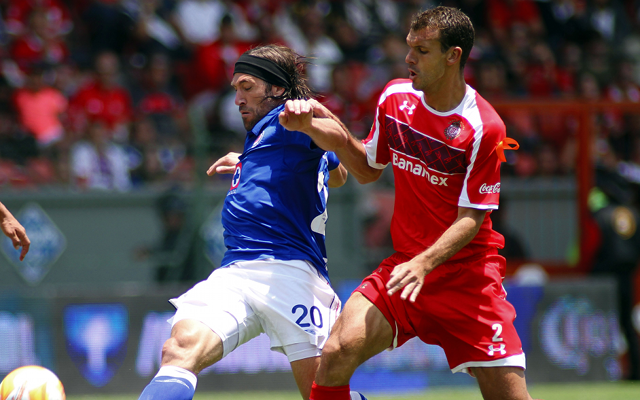 Manchester City are on the verge of making their first new addition in the shape of Argentinian defender Diego Novaretti, according to the Daily Mirror.

The 27-year-old is currently on the books at Mexican side Toluca and is apparently set to join City on a free transfer when his contract expires at the end of the season.

The defender is nicknamed ‘skinny’ due to his slight frame, but his physical build belies a superb technical ability and strong tactical adaptability, fitting in with the requirements of any potential new signing Roberto Mancini hopes to make this summer.

The 6’4 stopper has become one of the Mexican leagues most highly rated defensive assets, making over 150 appearances for Toluca since joining from Atletico Belgrano in his homeland.

He has bags full of experience in the Copa Libertadores and even those in Mexico, where he is a household name, are shocked by the news that he is to sign for the club.

It is rumoured that Novaretti was offered to Blackburn Rovers in 2011 but the club refused and turned the opportunity down.

His arrival could spell the end of the line for Joleon Lescott after he expressed his desire for more first team football ahead of next year’s World Cup.