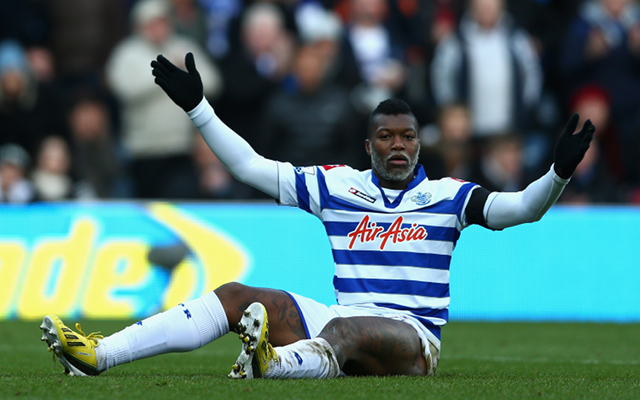 QPR striker Djibril Cisse is hoping for a return to former club Marseille this summer after admitting it’s unlikely that he’ll play for the West London side again, Sky Sports reports.

The 31-year-old has spent the second part of the season on loan at Qatari club Al-Gharafa and has suggested that he has no intention of playing the the Championship upon his return.

He is already planning a move away from the club ahead of the proposed fire sale of a number of high earning players, with former club Marseille his preferred destination.

“Given how it has gone for them from a sporting viewpoint, (a return to QPR) does seem complicated,” he said.

“It would be a dream to go back (to Marseille,) or play for any club which can make me shine.”

Cisse played for Marseille between 2006 – 09 joining on loan from Liverpool after recovering from a broken leg. He then joined the French side permanently the following season.

He also has dreams of being involved with Les Bleus World Cup campaign next year.

“I have Les Bleus in my heart, if I’m in a good team and if I do a good job I think it’s possible.”

“I have a crazy mind and when I have a goal in mind I do everything to achieve it.”

Cisse joined QPR from Lazio just under 18 months ago. He made 28 appearances during his time at Loftus road, scoring 10 goals.