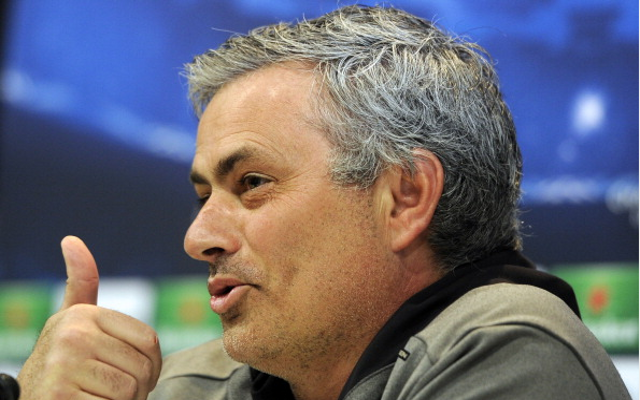 Stamford Bridge return is on the cards.

Real Madrid boss Jose Mourinho dropped a massive hint about his future following his side’s elimination from the Champions League this evening.

The under-fire manager stated that he may not be at his current club this season and then went on to make very leading observations as to where his next managerial port of call could be.

“I know in England I am loved, I know I am loved by some clubs, especially one.”

“I am loved by the fans and the media who treat me in a fair way.

“I know in Spain it is different because many people hate me.”

These statements appear to make it fairly clear that Mourinho is in all likelihood heading back to Stamford Bridge. The 50 year old enjoyed a successful three and and a half year spell at the West London club between 2004 and 2007, helping the Blues to two Premier League titles and a host of other triumphs.

Any friction that had existed between Mourinho and Chelsea owner Roman Abramovich has apparently been resolved and given that there is effectively an open position at the club the moment Rafa Benitez completes his interim tenure would leave many to believe such a return is very much on the cards.

Jose Mourinho has enjoyed a fractious relationship with the Spanish media, a number of Real Madrid players (most notably senior stars Iker Casillas and Sergio Ramos), as well as a portion of the club’s support who have never taken to the ‘Special One’s’ charms.

A move back to Chelsea will certainly appease the clubs’s fan-base who still fondly recall the period of time when he made a name for himself as Blues boss.