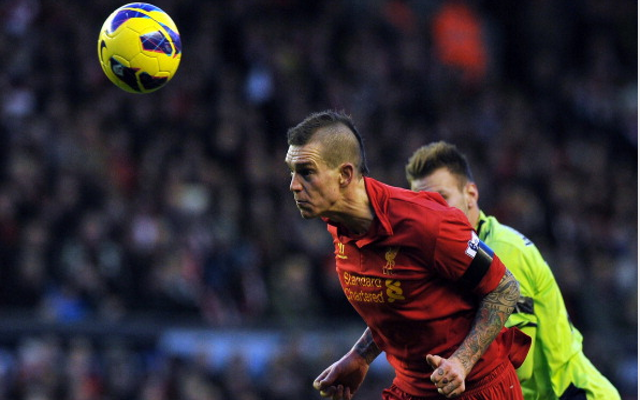 Barcelona are reportedly lining up a summer swoop for Liverpool ace Daniel Agger, according to The Express.

The 28-year-old was rumoured to have been a target for the Catalan giants last summer after ex-Reds midfielder Javier Mascherano pleaded with the club to snap him up. The Argentine international played alongside Agger during a three year spell on Merseyside between 2007-10, and though the club had expressed an interest nothing more came of the speculation.

Barcelona are seeking defensive reinforcements following Eric Abidal’s recent return from a liver transplant and Carlos Puyol’s ongoing injury problems. The club are rumoured to be interested in signing five or six new players ahead of the new season.

The heavily tattooed defender has been at Liverpool for seven years now, making over 200 appearances during his time at Anfield. He has had a fine season this term, playing 38 games and scoring four goals, opening the scoring after just three minutes of Liverpool’s 6-0 demolition of Newcastle last weekend.

He has been one of Liverpool’s most consistent players this season as Brendan Rodgers attempts to make his mark on the squad and the Danish centre back is thought to be valued at around £16 million with three years left to run on his current deal.